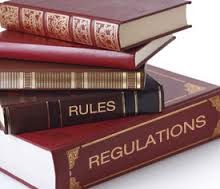 UPDATE/01-28-2015:  Things have not changed much in the recent 2015 survey.  Honolulu is still in the top 10 least affordable markets compared to 378 locations in the U.S. and worldwide.  The survey continues to find that the above policies and constraints contribute significantly to the problem.

The study covers 159 major markets in , , , , the and the using the “Median House Price to Median Household Income Multiple” to rate housing affordability.

It may be no surprise that ranks number 3 as the least affordable market. And, according to the survey and the studies it relies upon, ’s compulsory affordable housing policies, state land use policy, and layers of regulation may be the culprit. Below are salient points of the report.

Policies that lead to affordable housing:

Posted by Hawaii Land Use Law and Policy at Thursday, July 12, 2007
Email ThisBlogThis!Share to TwitterShare to FacebookShare to Pinterest
Labels: Affordable Housing