How will the U.S. Supreme Court's Expansion of the Federal Clean Water Act Impact Hawai'i?

In the County of Maui, Hawaii v. Hawaii Wildlife Fund, decided by the U.S. Supreme Court on April 23, 2020, the Court weighed in on a long-simmering issue: What test should apply to determine whether a permit is required under the federal Clean Water Act (CWA)?

Essentially, "[t]he Clean Water Act forbids the 'addition' of any pollutant from a 'point source' to 'navigable waters' without the appropriate permit from the Environmental Protection Agency (EPA)." 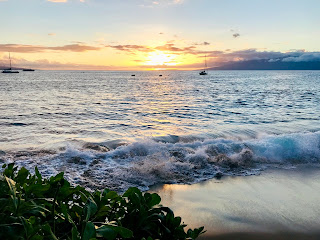 In this case, "the County of Maui, operates a wastewater reclamation facility on the island of Maui, Hawaii. The facility collects sewage from the surrounding area, partially treats it, and pumps the treated water through four wells hundreds of feet underground. This effluent, amounting to about 4 million gallons each day, then travels a further half mile or so, through groundwater, to the ocean."

Maui argued that the CWA permit requirement does not apply, because "at least one nonpoint source (e.g., unconfined rainwater runoff or groundwater) lies between the point source and the navigable water."  The Court disagreed.  Justice Bryer, writing for the majority, opined that this logic would "exclude a pipe that hangs out over the water and adds pollutants to the air, through which the pollutants fall to navigable waters. The absurdity of such an interpretation is obvious enough."  Congress did not intend such a loophole when passing the CWA.

After a riveting discussion on Congressional intent and the meaning of words like "to" and "from," the Court held that "a permit is required when there is a discharge from a point source directly into navigable waters or when there is the functional equivalent of a direct discharge."  However, Justice Bryer admits that the functional equivalent test is far from perfect:

The difficulty with this approach, we recognize, is that it does not, on its own, clearly explain how to deal with middle instances. But there are too many potentially relevant factors applicable to factually different cases for this Court now to use more specific language. Consider, for example, just some of the factors that may prove relevant (depending upon the circumstances of a particular case): (1) transit time, (2) distance traveled, (3) the nature of the material through which the pollutant travels, (4) the extent to which the pollutant is diluted or chemically changed as it travels, (5) the amount of pollutant entering the navigable waters relative to the amount of the pollutant that leaves the point source, (6) the manner by or area in which the pollutant enters the navigable waters, (7) the degree to which the pollution (at that point) has maintained its specific identity. Time and distance will be the most important factors in most cases, but not necessarily every case.

At the same time, courts can provide guidance through decisions in individual cases. The Circuits have tried to do so, often using general language somewhat similar to the language we have used. And the traditional common-law method, making decisions that provide examples that in turn lead to ever more refined principles, is sometimes useful, even in an era of statutes.

The underlying statutory objectives also provide guidance. Decisions should not create serious risks either of undermining state regulation of groundwater or of creating loopholes that undermine the statute's basic federal regulatory objectives.

EPA, too, can provide administrative guidance (within statutory boundaries) in numerous ways, including through, for example, grants of individual permits, promulgation of general permits, or the development of general rules. Indeed, over the years, EPA and the States have often considered the Act's application to discharges through groundwater.

Both Maui and the Government object that to subject discharges to navigable waters through groundwater to the statute's permitting requirements, as our interpretation will sometimes do, would vastly expand the scope of the statute, perhaps requiring permits for each of the 650,000 wells like petitioner's or for each of the over 20 million septic systems used in many Americans' homes.

In other words, the crystal ball foretells a lot of litigation in the future.

In the near-term, Maui can expect to face significant compliance costs.  Take for example the City and County of Honolulu consent decree imposed by the EPA that includes a little over $5 billion in required sewer improvements and fines.  The Maui County Council will face a tough road ahead.  Imposing increased sewer fees and real property taxes will be hard on residents given the current state of Maui's economy, which lost the last of its agriculture industry a few years ago and is suffering the double whammy of COVID-19 and a recession impacting tourism.

In addition, all injection wells are now suspect under the new rule, including planned and existing residential subdivisions that use septic systems and leach fields.  This will impact housing costs in a state with a high cost of living and a critical shortage of housing.

It will be interesting to see how our state and counties adjust to the new, new reality.
Posted by Hawaii Land Use Law and Policy at Thursday, April 23, 2020
Email ThisBlogThis!Share to TwitterShare to FacebookShare to Pinterest
Labels: Water Law